Is desalination the answer to global freshwater scarcity?

New research has the potential to reduce the costs of desalination, making a life-saving resource more accessible. But without a shift in the way we think about “theoretically infinite” resources, freshwater access will remain a challenge.

By far, one of the most discussed aspects of climate change is the fate of freshwater, and its accessibility.

Many headlines have heralded global wars over freshwater, and the Dutch government has even funded the development of an online tool that can predict the likelihood of water-related conflict. Though large-scale international conflict over water is unlikely, the effects of water stress and scarcity are very real.

Already, over 2 billion people on the globe live in countries experiencing high water stress, and two-thirds of the world’s population experiences severe water scarcity for at least a month during the year.

By 2030, 700 million people could be displaced by intense water scarcity. In addition to drinking water, freshwater is important for agriculture and sanitation; poor water and sanitation facilities lead to health problems for nearly half of the population in developing countries, and is associated with 80 percent of disease, according to the Global Water Institute.

In many countries, the extraction of renewable resources has perhaps exceeded the natural renewal capacity of aquifers, and this is only expected to increase because the population is going to increase. By 2050, we will be about 9.7 to 10 billion inhabitants [on earth], which is a huge demand, not only for the water sector but also for food and energy. […] And of course with the improving economies in many countries, it will mean that industries will demand more water. The household level and per capita demand will also increase.Dr. Salinas, IHE Delft

It is no surprise then, that considerable scientific inquiry and international efforts revolve around the question of freshwater access and distribution. Researchers in the US have recently made a discovery that could make desalination – the process of removing salt and other impurities from water – 30 to 40 percent more efficient, and therefore potentially cheaper and more accessible.

Is desalination the answer to the world’s water woes, or will it lead to more harm than expected?

Centuries-old answer to the problem of freshwater

Since saltwater makes up over 97 percent of the globe’s water supply, desalination, an ancient and reliable method of freshwater production, and one that can be integrated into existing water systems with minimal health risks, seems like an obvious answer to the existential question of freshwater access.

“What desalination does, with all its problems and its expense is, it creates a local source of water. So if you’re near the ocean or if you have access to groundwater, or if you have access to wastewater, you can create clean water,” Manish Kumar, a professor in the Department of Civil, Architectural and Environmental Engineering at UT Austin, tells TRT World.

There are currently two commonly used methods of desalination: thermal and membrane-based. The first method entails boiling water and collecting the vapor, while the second, known as reverse osmosis desalination, forces water through a membrane to separate water from salt and other impurities. Both methods are energy and capital intensive, but for many regions, Kumar explains, “it’s perhaps the only choice.”

Kumar is one of the co-leaders of the research whose findings could make desalination more efficient. The academic research team, along with DuPont Water Solutions, solved a decades-long puzzle regarding understanding how water actually moves through the membranes. 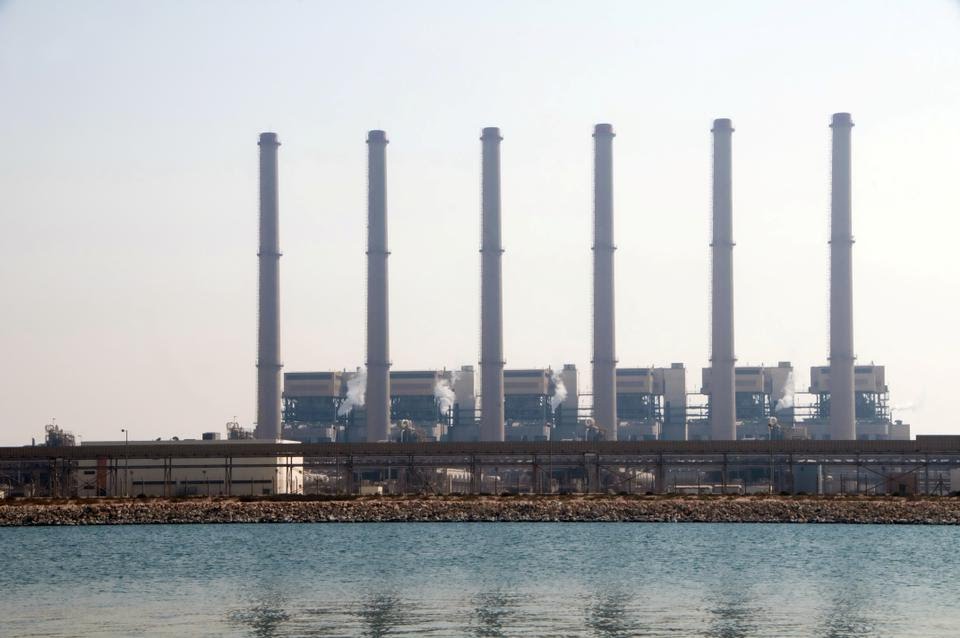 A 2019 UN-backed study found that Saudi Arabia, the biggest producer of desalinated water in the world, also most amount of brine, 22% of the world’s total.(Reuters)

“In the last 40 years [of membrane technology]…all the innovation was done in the dark. Now we have a much more rational understanding of what can be done to make it better…so that this becomes much more efficient instead of trying thousands of different things and hoping that something would work.”

According to Jeffrey Wilbur, manager of the reverse osmosis membrane chemistry research group at DuPont Water Solutions, over the next few years, DuPont, which makes various desalination and water purification products, will look to use this discovery alongside their other tools.

Currently, most the biggest market for desalination technologies is the Gulf region, which accounts for 70 percent of all desalination plants in the world, spread out primarily between Saudi Arabia, United Arab Emirates, Kuwait and Bahrain. Desalination helps produce about 80 percent of the total drinking water in GCC states.

“Technologies like this and advances like ours will really lead to its more widespread use throughout the developing world,” Kumar adds.

There are currently about 20,000 desalination plants around the world as of 2018, according to the International Desalination Association. In addition to industrial and agricultural use, it provides about 300 million people with drinking water.

About two-thirds of all desalination plants are located in wealthy nations.

One of several sustainable solutions

According to Sergio Salinas, a professor of Water Supply Engineering at the IHE Delft Institute, an institution that works to help build capacity in the water sector in developing countries, desalination is not the primary solution for providing drinking water, but a technical and sustainable solution to help alleviate water stress and scarcity in arid regions.

“We can start by making more sustainable use of the demand for water,” he tells TRT World. “We can start actually by saving water, by increasing the productivity of water in agriculture and industry, and by minimising and reducing the leakages in distribution networks.”

He explains that there are cities and regions where 30 to 60 percent of treated water is lost during distribution. He adds that recycling water in industry, or water reuse in agriculture (which accounts for approximately 70 percent of freshwater use), and the transport of water are other sustainable options for freshwater use.

Finally, both Kumar and Salinas add that the desalination of brackish water (which is less salty than seawater) and wastewater reuse should be prioritised over the oceans and seas for freshwater resources.

In addition to its monetary costs, the detrimental environmental impact associated with desalination technologies is also an issue. First, both kinds of desalination, particularly thermal desalination, require a lot of energy. In Gulf countries, this energy is supplied through fossil fuels, which lead to the emission of greenhouse gases, contributing to global warming. There is a new movement toward solar-powered desalination, and other renewable sources to meet the energy demand.

Second, desalination produces excess brine – about 1.5 litres of brine for every 1 litre of freshwater produced – as well as toxic contaminants from the desalination process, which is usually dumped back into the ocean. When not done properly, it creates a high-salinity environment. Alongside increased temperatures in certain areas, this process decreases the oxygen in the water, killing marine life, and affecting the food chain. As time goes on, the increasingly salty water will also be more expensive to turn into freshwater. 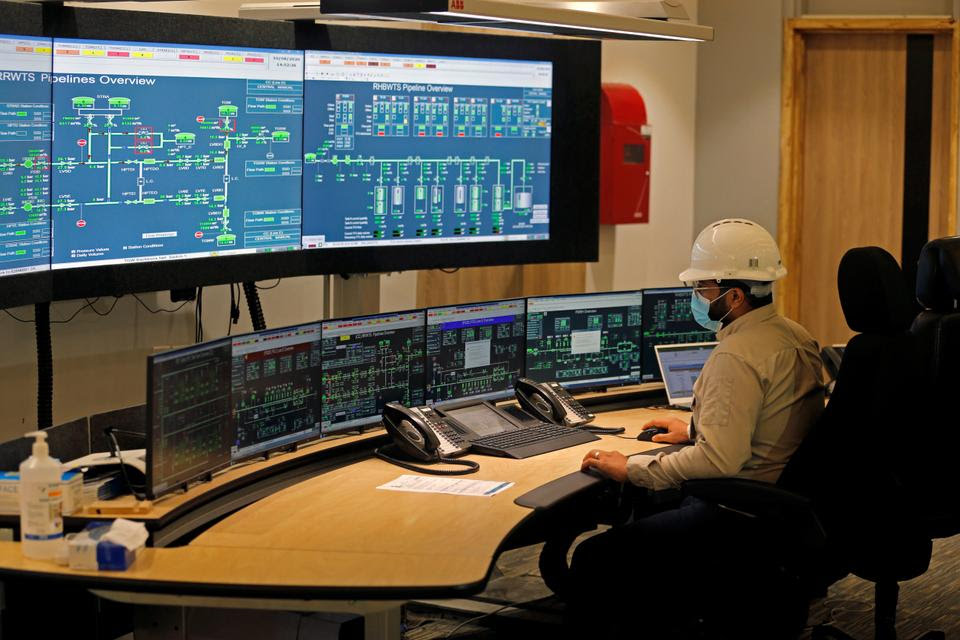 Salinas underlines the importance of capacity development, particularly in developing contexts. “[It’s important] so that when these kind of desalination projects need to be implemented locally, the water professionals are also able to run and operate these plants. That’s very relevant for the sustainability of these kind of projects,” he says.(Reuters)

Third, sucking of seawater can also cause marine organisms to get caught in the intake screen, and injured or killed as a result.

For these reasons, according to some experts, it’s eventually going to become impossible to use, and economically unviable, particularly for Gulf states, where it is most heavily used.

While Salinas agrees that there are many challenges posed by desalination, there are also as many sustainable solutions to address them.

“There are many guidelines on the national level, but also from the UN, that propose steps for performing environmental impact of desalination plants,” he explains. “In many cases countries are very strict, like in the case of Australia and the United States where they have implemented and considered desalination plants. They have a very careful assessment of the potential impacts and also of the monitoring of the of the impacts of the plants that have been constructed”

The social, economic, and ecological realities around desalination show that it could be a key feature for the future of freshwater access, but it has to be managed sustainably within the greater framework of freshwater management.

According to Gunel, this hasn’t been the case, at least in the Gulf region. There, she argues, rather than opening eyes to the destructive reality of human-led freshwater depletion, desalination, or, “the man-made character of water leads to a celebration of water’s interminable abundance; more of it can always be manufactured, regardless of the environmental conditions of the region.”

On the other hand, in places like India, a solar-power desalination plant provides a more environmentally-friendly source of water, while also providing jobs for local women.

What is water stress?

Currently, about 3 percent of the world’s water is freshwater, in the form of glaciers, groundwater, lakes, rivers, and swamps. Though this proportion sounds tiny, the issue facing humans is less about the amount of freshwater, and more about distribution and access.

Salinas explains that there is plenty of freshwater, and rain on earth, but regions that need it are often very far from the areas that have or receive the water. The varying population densities across regions and the uneven water use in terms of consumption, industry, and irrigation creates “a challenge for water treatment operators and for water utilities: how to have a cost-effective supply to satisfy the demand and quality.”https://d-3667343927224265045.ampproject.net/2101211748002/frame.html

These issues are exacerbated by anthropogenic climate change, as research has shown changes in precipitation patterns, with wet areas of the globe getting wetter, and dry areas getting drier.

This trio – of climate change, population growth, and increasing urbanisation – means that in less than 30 years, over 40 percent of the globe, including almost the entire populations of the Middle East and South Asia, and large swaths of China and North Africa, will be under severe water stress, meaning the demand for water exceeds the usable amount available for a period.

Is the English language taking over the world?Does the British state see Muslim children as a threat?Is Robinhood raising billions of dollars to stay afloat?Q&A: The Ertegun Brothers, the Sultans of JazzHalf of Americans either refuse or delay Covid vaccination